Slack is a messaging application for business. It transforms the way that organisations communicate by bringing people together to work as one unified team.

Below is an example on how you can leverage this integration to send alerts to your Slack Channel. 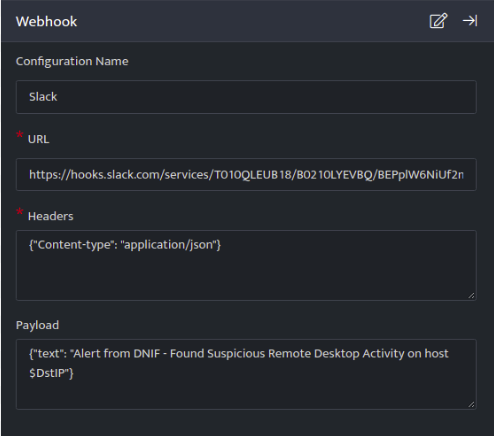 Slack API, delivers text mentioned in the Payload to your slack channel. This plugin is basically provisioned to replace the $SrcIP, $DstIP variables with the value received from the data stack received on running a Search block.

Was this article helpful?
Thank you for your feedback! Our team will get back to you
How can we improve this article?
Your feedback
Comment
Comment (Optional)
Character limit : 500
Please enter your comment
Email (Optional)
Email