ServiceNow is a software as a service (SaaS) product for technical management support.

Below is an example on how you can leverage this plugin to create an incident on Service Now: 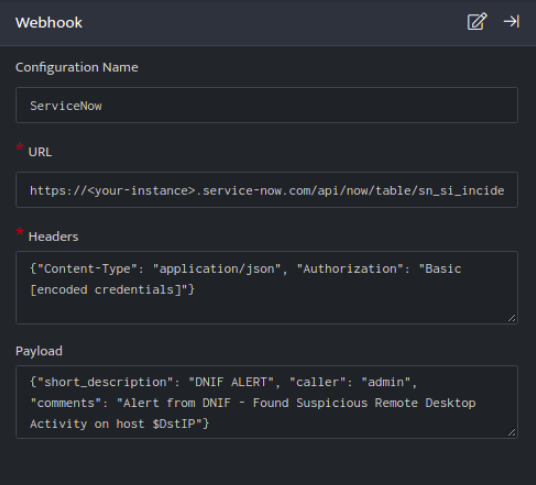 ServiceNow API, creates an incident on the Service Now account based on the values given in the payload. This plugin is basically provisioned to replace the $SrcIP, $DstIP variables with the value received from the data stack received on running a Search block. 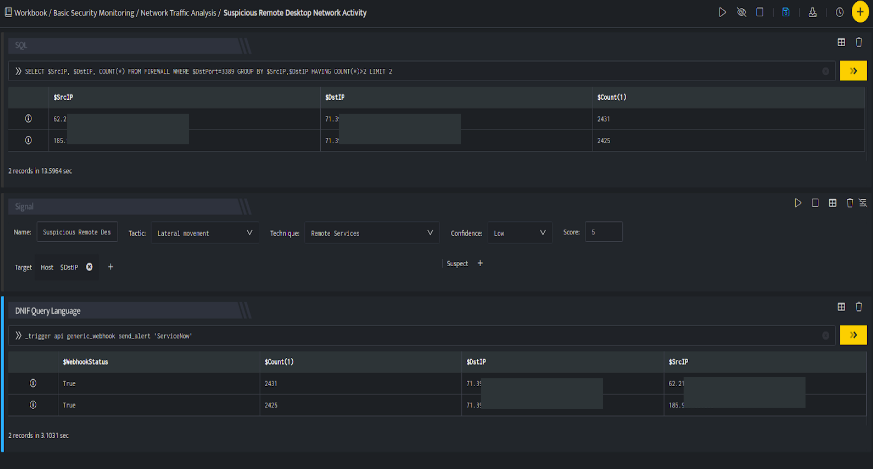