DNIF can send webhook alerts to Opsgenie that acts as a dispatcher and determines the right people to notify. 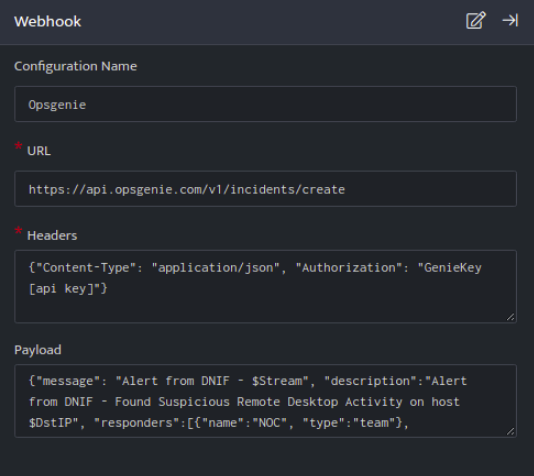 Opsgenie, creates an event on the Opsgenie account based on the values given in the payload. 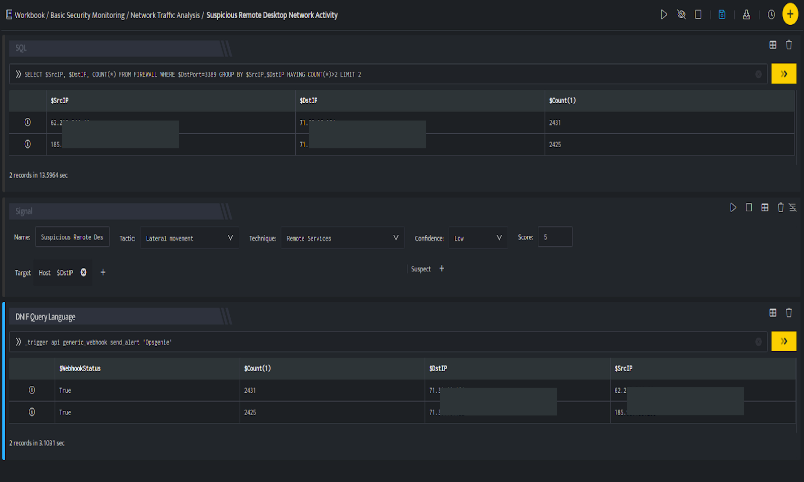