New Relic webhook connections allows you to send alert results to New Relic as a custom event. You can learn more about New Relic.

Below is an example on how you can leverage this integration to create an event on New Relic. 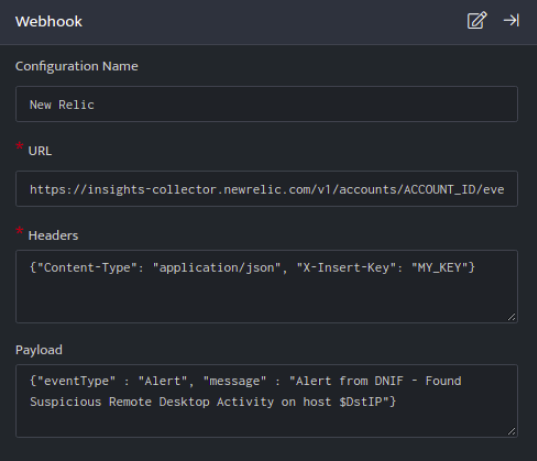 New Relic, creates an event on the New Relic account based on the values given in the payload.