Microsoft Teams is a collaborative workspace within Microsoft 365/Office 365 that is used for workplace conversations.

Below is an example on how you can leverage this integration to send alerts to your Microsoft Teams Channel. 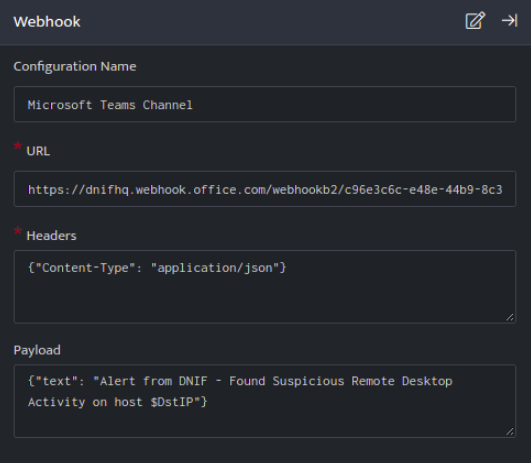 MS Team, delivers text mentioned in the Payload to your MS Teams channel.